Free shipping on orders over $75 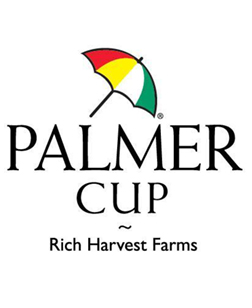 Club Glove will provide customized Last Bag Collegiate Golf Travel bags and Rolling Duffle bags to both the players and coaches of the United States and European teams. Club Glove has been the number one preferred choice of luggage among the professional and collegiate golf levels.

“We are thrilled that Club Glove has decided to extend their Corporate Partnership with the GCAA. As one of our longest continuing partnerships their support has contributed to the growth and visibility of the Arnold Palmer Cup each year. Club Glove continues to produce tremendous golf travel bags that are an integral part of the players and coaches equipment for the event,” says Gregg Grost, CEO of Golf Coaches Association of America (GCAA).

The Arnold Palmer Cup is among one of the most iconic tournaments in the history of golf, which will be celebrating its 20th year anniversary this June.  The tournament originated in 1997 and was originally played between the world’s top ranked collegiate players from the U.S., Great Britain, and Ireland until 2003. It was at that time when the tournament was restructured to become U.S.A. vs. Europe. Many Arnold Palmer Cup alumni have gone on to claim victory on the PGA and European Tours. To count, there have been 169 victories to date, including U.S. Open Champion Dustin Johnson, Billy Horschel, and Justin Thomas - just to name a few.

The 2017 Arnold Palmer Cup will take place at the Atlanta Athletic Club in Johns Creek, Georgia on June 9-11.

Club Glove continues to be the leader in premium travel luggage, club covers, towels, and accessories. The Last Bag® was named one of the sport’s top 10 innovations of the last 20 years by Golf Digest.