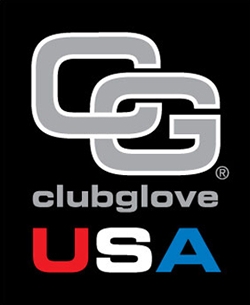 The scoop: Club Glove's Caddy Towel is an ultra-lightweight golf towel that is not only super absorbent but also virtually lint free. It is the undisputed No. 1 golf travel bag brand at all PGA and Champions Tour events. The Darrell Survey confirmed that the brand is preferred by 90 percent of PGA Tour players. The microfiber Caddy Towel was the exclusive golf towel used at Congressional Country Club during the 2011 U.S. Open, including being used by winner Rory McIlroy. Each towel is constructed from more than 5 million yards of microfiber strands, meaning it has the remarkable ability to hold 300 percent of its weight in water, said Club Glove founder Jeff Herold. Club Glove's Caddy Towel is strong enough to remove dirt, grease and sunblock off a player's hands, yet gentle enough to safely clean eyeglasses. There are so many things I could say about this towel, but I'll make it simple: It's the perfect golf towel, says PGA Tour star Chris DiMarco. In conjunction with the 2011 U.S. Open win, Club Glove is offering its new Pocket Towel in a tandem package as a gift with purchase of the Caddy Towel. A $10 value, the Pocket Towel measures 8 inches by 12 inches and is perfectly unobtrusive in a back pocket when conditions are damp and it's essential to clean your clubs and ball.

What it costs: The Caddy Towel retails for $19.99 and can be purchased at Golf Galaxy, Golfsmith, PGA Tour Superstores, Edwin Watts and Worldwide Golf.